The wah-wah: probably the only guitar effect pedal anyone can recognize; simply because its name is derived directly from its sound (how on earth would you explain "compressor" or "phaser" to your grandma anyway?)

Morley took the guitar world by storm (thanks to guitar god Steve Vai) when they introduced wah and volume pedals that used electro-optical circuitry instead of traditional mechanical potentiometers; which gives you greater control, precision, and can save you a week's worth of lunch money by not having the need to replace the main potentiometer once it says buh-bye.

Morley's series of 10 special pedals that has been announced will be releasing throughout the year of 2019-2020. As of August 2019 Morley had released 3 of the pedals will be making their debut, the Bad Horsie Wah, Power Wah & Power Wah Volume. 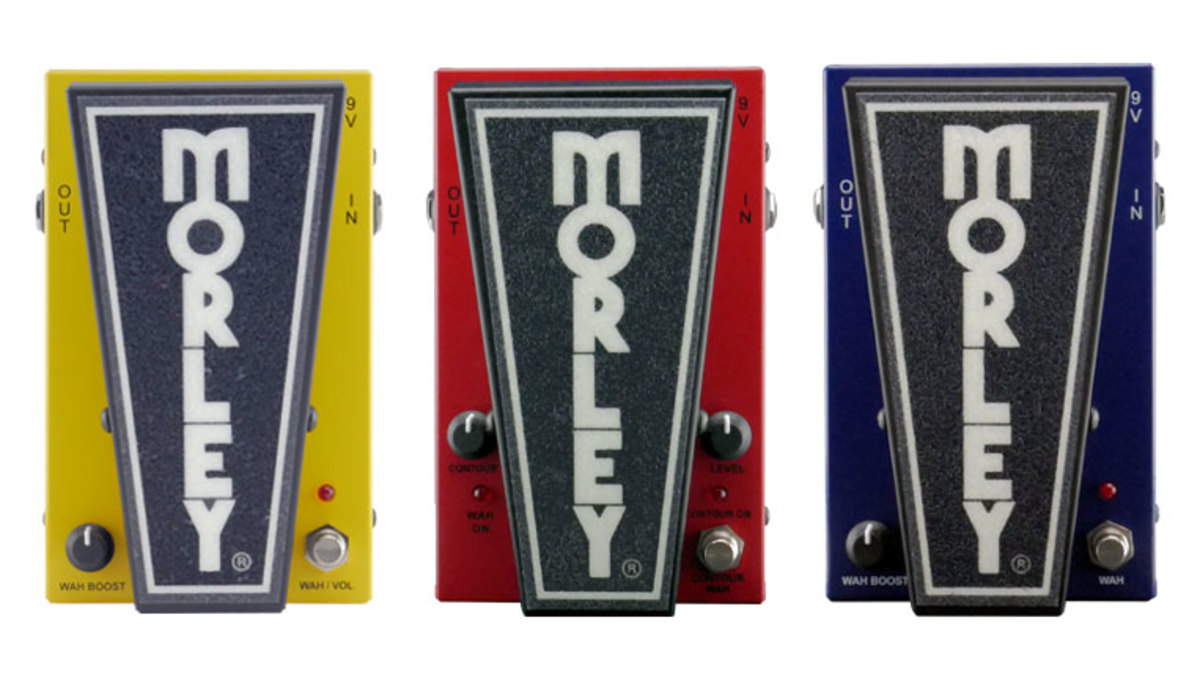 Introducing a new Buffer in all 20/20 Wah Pedals in order to protect your tone, resulting in you not experiencing any loss of volume, you will feel your sound restored, improved and delivered all-at-once.

All 20/20 pedals have Morley's patented Pedal Glow, what is that exactly? Well only just Glow-in-the-Dark details on each pedal, now helping you to easily locate your pedal on any given stage.

We just had to try our hands on all three of them:

Ok, we see it coming: so you want to ask how this 20/20 Power Wah differs from the Mini Classic Switchless Wah, right?

First, this blue fella does not have the spring-loaded treadle and switchless activation. This might be a downside for some but it definitely has more upsides (If you really want those features, check out the 20/20 Bad Horsie. We'll get into that in a bit).

As the on/off switch is not underneath the treadle's toe like the usual (it's on the right hand corner; pretty instinctive), you can set the treadle at your preferred "sweet spot" so that when you turn the pedal on, you can get that nasal midrange boost a la Michael Schenker, and easily go back and forth the dry and effected signal without having to manually reset the treadle where you left it. 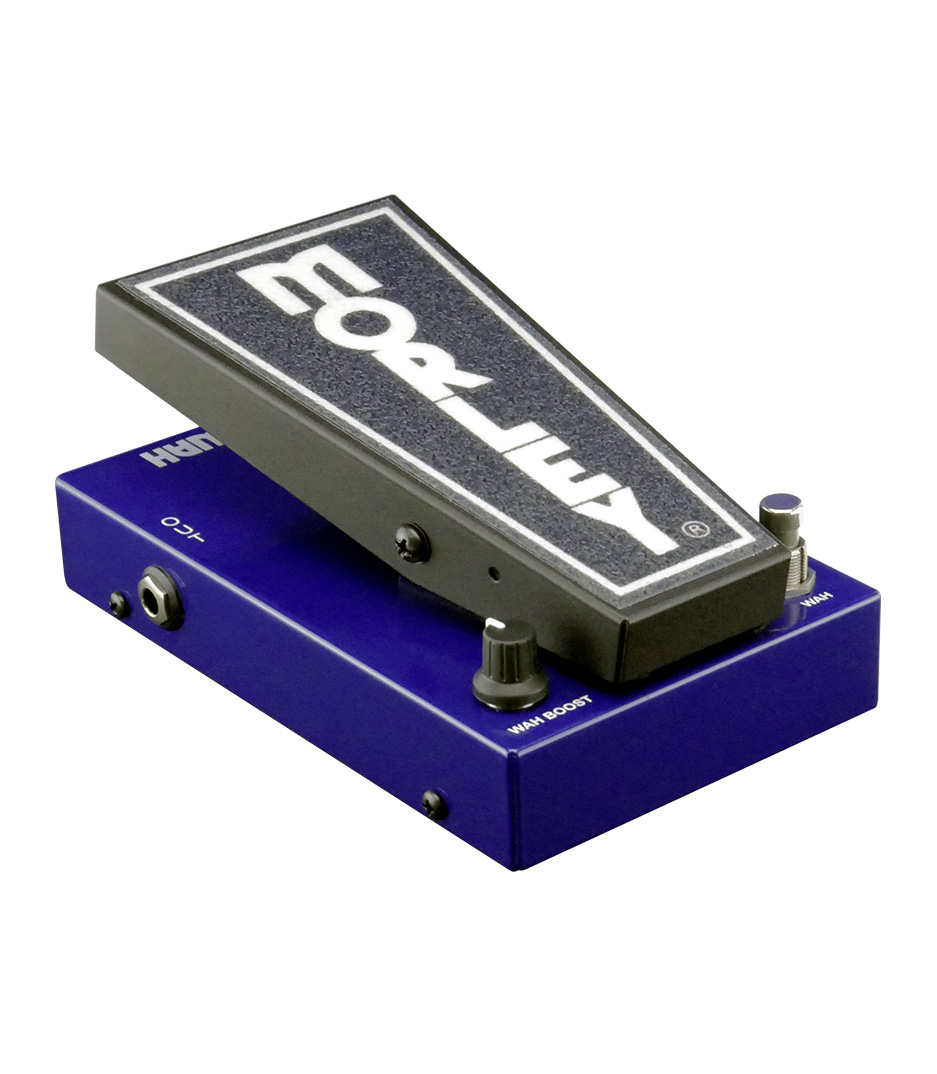 Turning the unit on and off is also a breeze as you do not have to do the "push-toe-down-harder" thing; simply stomp on the switch as you would on most stompboxes.

The cool feature as well is the "wah boost" knob, which is basically some sort of a tone control. Set the knob at minimum and you get a classic wah sound that is perfect for funky rhythms. Turning the knob past 12 o' clock gets you into Steve Vai territory; unleashing terrifying amounts of high end on your signal.

We particularly loved the knob at 10 o' clock. We bet you will be tempted to do a cover of Joe Satriani's "Love Thing"Ã‚Â so you can grab your crush's attention (or not. Ouch.). It has that thick and creamy voice, with that distinct "wahww" phonic.

That "wahww" character is probably what sets the Morley 20/20 Power Wah from other wahs; while most wahs sound almost identical to each other, the 20/20 Power Wah stands out with its hi-fi sound, distinct voice, and its textured treadle surface can also help keep you on your feet when you have downed a few shots at the bar.

The 20/20 Power Wah Volume is obviously the twin of the 20/20 Power Wah we have just talked about, except that when the wah is bypassed, the treadle serves as a volume pedal. Talk about getting whole lotta value.

This is particularly good when your pedalboard space is in a pinch. You are getting two essential pedals in one.

Speaking of space, Morley 20/20 series pedals come in what they call now as the "Standard" size. The dimensions are identical to those of their earlier Mini series, which became a hit for giggers all over the planet. If you still love their titanic "Classic" size though, don't worry, they still produce them. 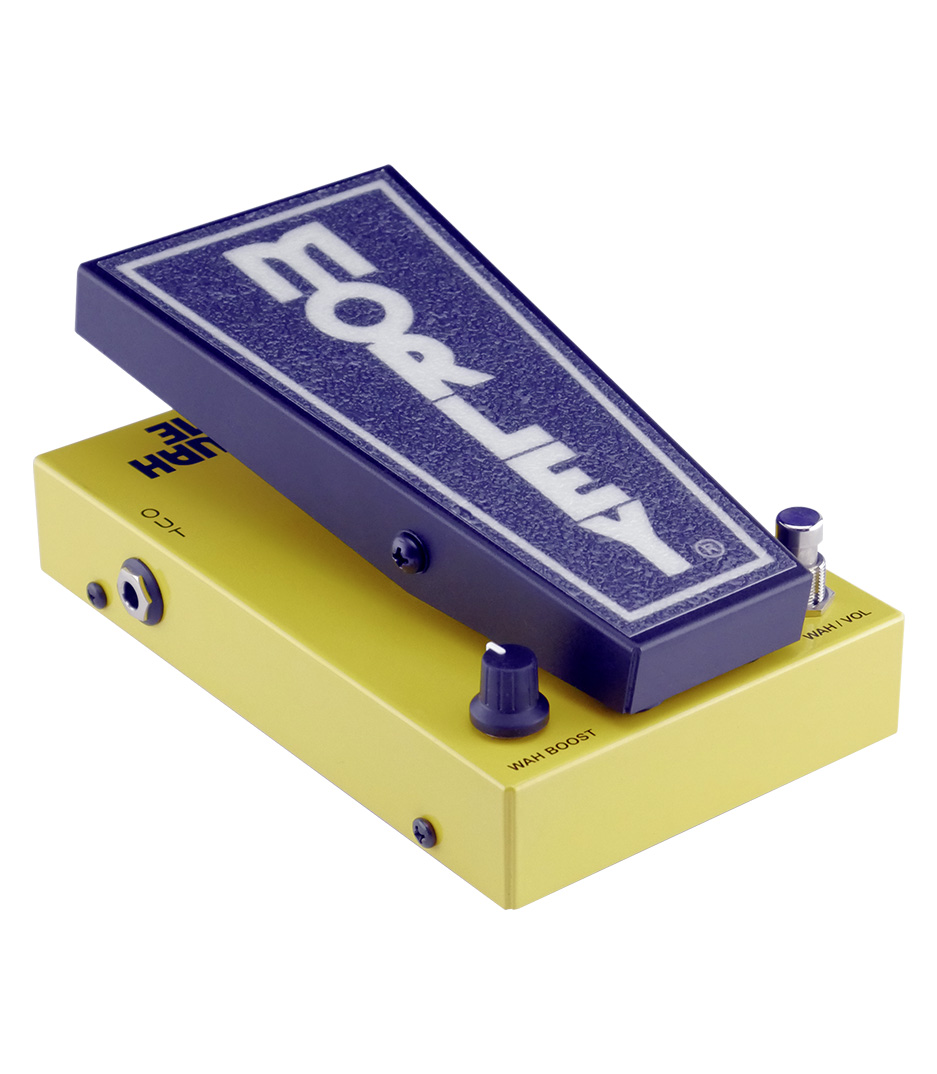 Going back to the volume pedal, the taper is just right; violin-like volume swells sound glorious. And for those of you who do not want to rip open your guitars (and burn a finger or two with the soldering iron) to install a treble bleed circuit on the volume pot, this pedal would be a great solution. When you have a fairly distorted signal, just back off the treadle near its minimum and you'll get sweet and useable clean tones without the mud or honk.

And of course, having electro-optics means you won't be bothered with scratchy and crackling noises while using the treadle even after years down the line.

And yes, it is yellow so you don't mistake it for a Ferrari gas pedal, though it is somewhere in that caliber.

No article on Morley pedals would probably be complete without giving reference to their patron saint: the legendary guitar player Steve Vai. After all, his hit songs like "The Audience Is Listening", "Tender Surrender", and of course, "Bad Horsie", made hordes of his loyal fans shell out their dollars for a Morley Bad Horsie Wah, or any other pedal from Morley so to speak. The 20/20 Bad Horsie is Morley's latest iteration of Steve's favorite weapon.

As always, the Bad Horsie's main selling point is its switchless activation --- just step on the treadle, push through, and it is on. This makes impromptu wah-injected passages be executed faster than your annoying neighbor's Corvette.

And yes, the treadle is spring-loaded, so the pedal will automatically go back to bypass mode when you take your foot off of it. Smooth-moving like Steve Vai himself. 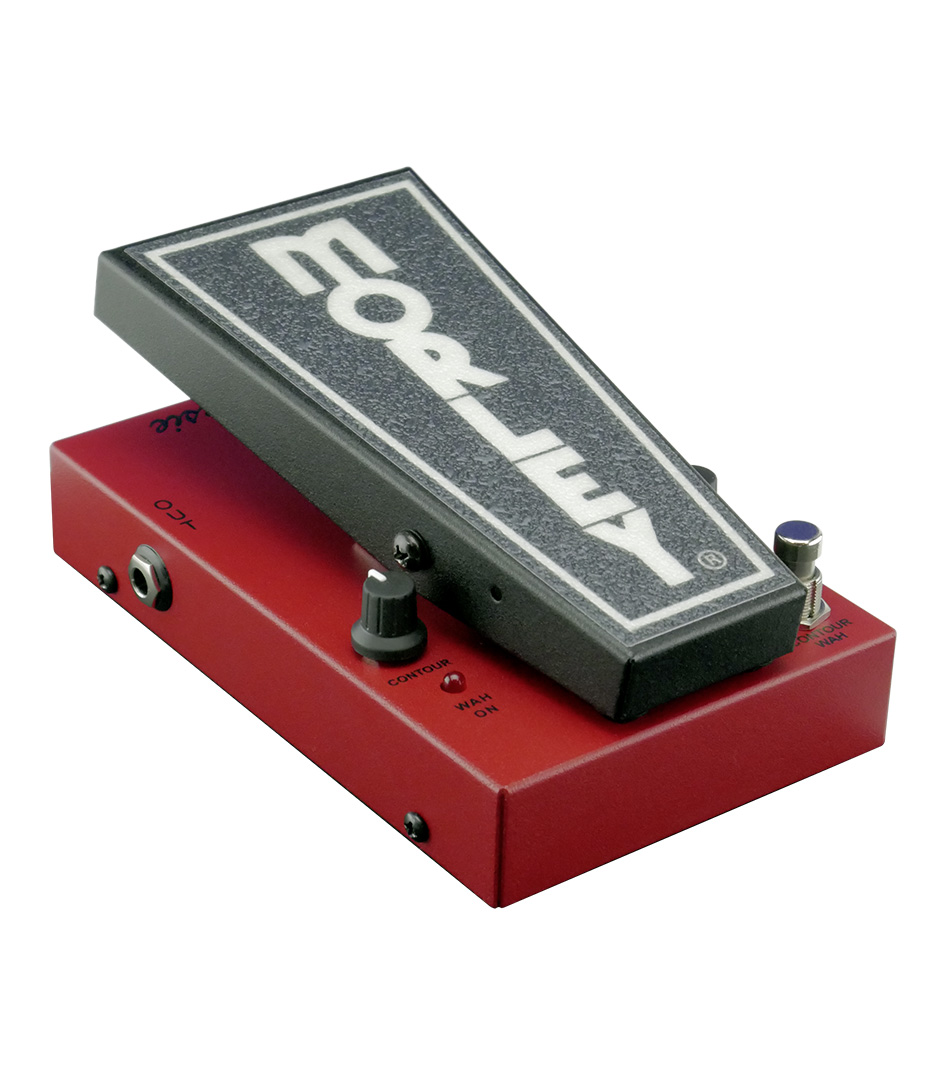 One unique feature is its level knob. At high settings, it gives your signal some significant volume boost when the pedal is activated. Perfect when you want a quick, no-brainer boost for solos.

Another extra sauce is the Contour switch with a corresponding Contour Knob. The Contour switch, in a nutshell, adds extra low midrange to your wah tone. This is great for those who might be overwhelmed with the Bad Horsie's inherently aggressive highs and upper mids. This is one working guitar player's wah, eh?

As for the Contour knob, imagine yourself mimicking a wah-wah pedal sound with your mouth; the Contour knob controls how wide you open it. Low settings give an "ahww" sound and 3 o' clock and above scream "wahhhhh!".

The 20/20 Bad Horsie is highly recommended to Steve Vai fans and even non-fans playing in cover bands. It is versatile and well-rounded yet still bears Steve's tonal imprint. And thankfully, someone thought of shrinking the original Bad Horsie to save precious space on your pedalboard, or on your favorite bar's teeny weeny stage floor.

New Brand in the House | Tech21