Having been released in 2019, PRS Paul's Guitars have finally arrived in Dubai!

Any guitar geek would have probably thought; "so what kind of PRS guitar would Paul Reed Smith (the man) build for himself?"

Finally, Paul Reed Smith (the company) spewed forth an answer; the PRS Paul's Guitar. This particular model embodies all the specs and appointments that Paul himself likes on a guitar. Fortunately for us mortals and average Joes (or Janes), they decided to release an SE version of the Paul's Guitar. No need to sell the old Corolla and granny's antique furniture just to buy a legit PRS.

First thing we noticed upon pulling the guitar out of its gig bag is, "wow, carved top!" The maple top is carved on the edges; closely resembling those found in its U.S.A.-made brothers: the McCarty and the 509. Carved tops give you that playing comfort and exquisite feel and looks (we'd be thinking that it sells for twice its price if someone taped the headstock logo). For a mahogany-bodied instrument, it is also surprisingly light.

Probably the main catch here are the two mini-toggle switches; which lets you put the two TCI humbuckers in single coil mode individually. For guys like us who grew up with HSS or HS pickup configuration, this is an absolute joy. You can set the neck pickup in single coil mode by default to get that glassy sound for bluesy lines and funky double stops, but simply flick the 3 way pickup selector south and you get the full-on grit of a bridge humbucker.

Overall, the sound of the Paul's guitar, we can say, is the closest you can get to the sound of a Core series PRS. There's plenty of low end chunk for power chords, and you get that singing, mid frequency-heavy tone that is "distinctively PRS". Pickups clean up well too when you roll down the volume knob. 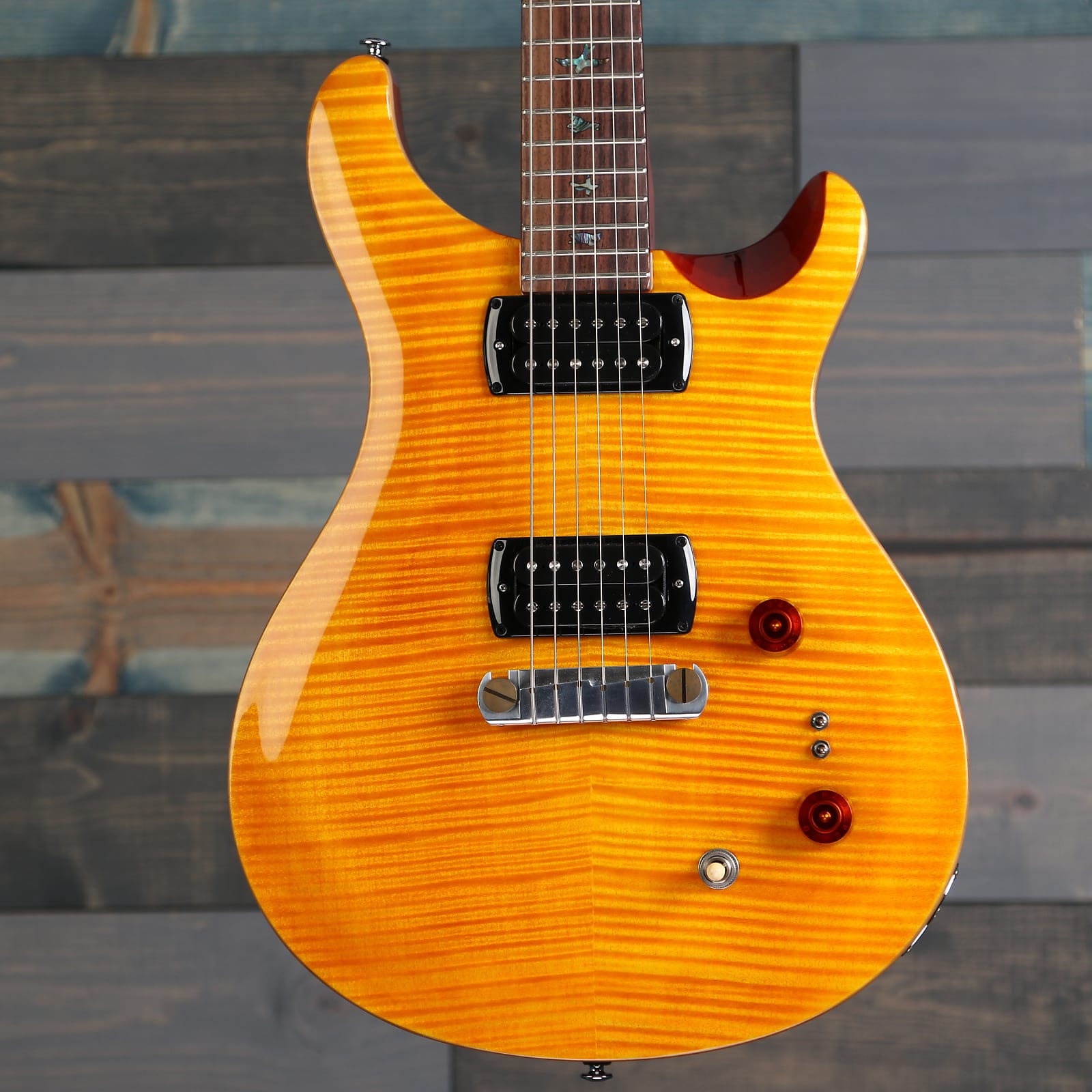 A versatile wiring system and responsive pickups that clean up means you have a guitar that you can plug straight into the amp and get on with the show.

Mr. PRS himself favors old school wrap-around bridge/tailpiece combos. Giving brass posts to this one is a nice touch, and most likely attributes to the guitar's thick tone and long sustain. The saddles are not individually adjustable though; but unless you accidentally swallowed a digital strobe tuner when you were five, and can tell if a mosquito is buzzing off-key, there is nothing to complain about.

Rest assured, the bridge is installed on the precise spot, so you would not have intonation problems as long as you have a reliable set of strings on this guitar (we recommend gauge 10-46 for this one). Small offsets can be done by the two small screws at the end of the tailpiece in case you need to compensate intonation for different string gauges.

To wrap it up, the SE Paul's guitar is not merely a hype; it is a workhorse guitar that is oozing with PRS mojo. After all, the great man himself named this guitar after himself.

Taking Care of your Guitar